All the Things You Are

All the Things You Are

The recording on the other side of this disc: Riding on 52nd Street 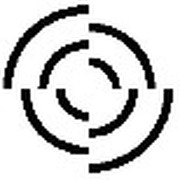